Commissioner serving on the National Independent Commission on Enforced Removals

Lord Ramsbotham, GCB, CBE, formerly Chief Inspector of Her Majesty’s Prisons, established the National Independent Commission on Enforced Removals in March 2012 following the restraint death of Mr Jimmy Mubenga during his deportation from the UK in 2010.

Eric Baskind served as a Commissioner to the Inquiry with specific responsibility for the management of violence and aggression and the use of restraint. Following this work, a bespoke training package was introduced to replace the Prison Service’s Control & Restraint methods that were in use at the time of Mr Mubenga’s tragic death. 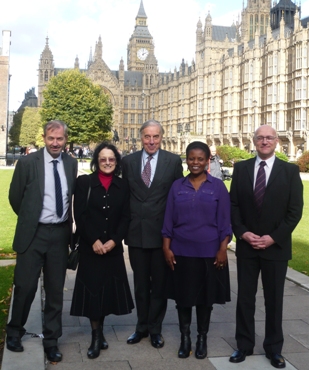 Evidence to the Fatal Accident Inquiry following death in custody